Growing up in the West Kootenay, Steve Shannon developed an early love for the outdoors. He began skiing at age two and by high school was firmly addicted to exploring the mountains around home by a variety of means. From those early childhood past times, his appetite for adventure has only grown. His interests have led him around the globe, from racing his dirtbike in the International Six Days Enduro in Chile and Greece, to photographing races in Romania and Mexico. Recent adventures have taken him rafting the Grand Canyon, skiing in Iceland, Norway and Switzerland, mountain biking in the Nepalese Himalaya and Canary Islands and dirt biking in the Yukon and Alaska.

Steve currently makes his home in Revelstoke, British Columbia where he can usually be found outside on adventures, camera in hand. Steve is available for editorial and commercial assignments. For more information please visit the contact or services page.

2016 Pinkbike Photo of the Year

2018 - 6000km self supported motorcycle trip from British Columbia to the Yukon and Alaska. 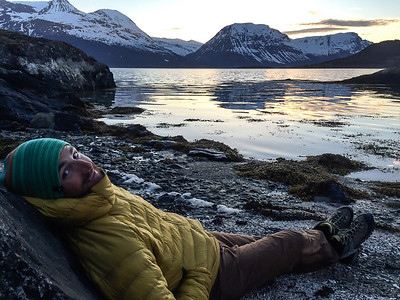